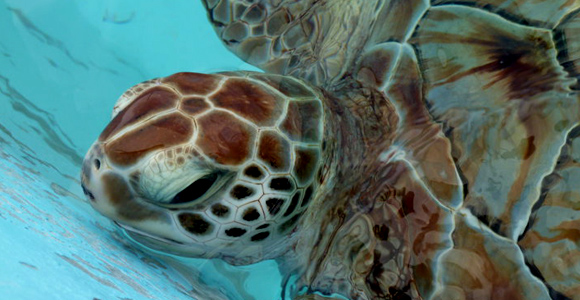 Akumal is full of rich history. The beginning of the Euro-Americans migration started in Akumal when a man named Gonzalo Guererro from Palos, Spain was shipwrecked and married a Mayan Princess.

It is believed that he was one of the first Spaniards to touch ground in México. A statue of him and his family can be found just inside the town arch. In the 1950’s Akumal was rediscovered by world traveler Pablo Bush; he purchased a coconut plantation and began to explore the vast underwater world. As one of the first underwater explorers of his time, he catered the area to scuba divers.

Akumal was the original location for CEDAM International (Club of Exploration and Water Sports of México). Since then CEDAM has been relocated to the United States. Akumal’s underwater museum is located in the bay and can still be viewed today. An array of anchors and cannons lay at the oceans bottom. Do not miss the beautiful reef while in Akumal whether you snorkel or scuba dive.

“Akumal” the name means “Place of the Turtles”. Akumal is a sanctuary for sea turtles and a unique breeding ground for thousands annually. If you visit at the right time of the year (end of April to October) you can stroll the beach at night, and watch the new life hatch and cross the sand, to explore the ocean for the first time. Halfmoon Bay and Akumal Bay have some of the calmest waters in the Caribbean. The area is also rich with services and resources for a comfortable stay. 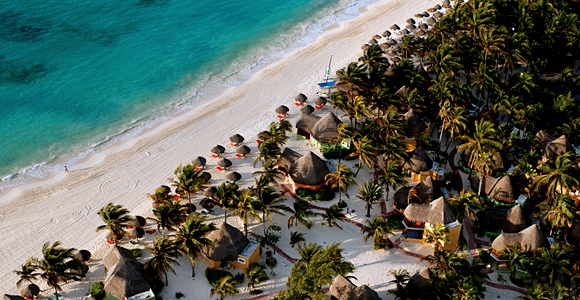 Playa del Carmen is now known as a desirable tourist hotspot. Until the 1970’s the area was nothing more than a small fishing village with sand roads. Since the start of development in the area, Playa Del Carmen has grown rapidly.

Large hotels and resorts found the area to be a perfect location to attract world travelers thanks to the beautiful beaches and lush tropical atmosphere. Mass construction of high-class hotels, condominiums, restaurants, shops, private communities, all-inclusive resorts and cruise port areas, this ongoing development created significant numbers in the 1990’s when the City was given the title of the fastest growing city in México.

Playacar Phase’s 1 & 2 are community’s known for their tranquility, they are both gated community’s at the south tip of Playa and have more than 300 homes owned by both International and National citizens. 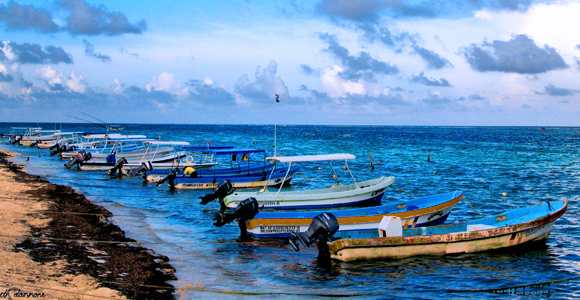 Puerto Morelos began its life as a town with wooden houses, one dock and one main road to the coast with a small store. Despite is size or a beginning; Puerto Morelos has a bigger history than the two large cities that are located on either side (Cancún & Playa del Carmen).

Towards the end of the 19th century after the opening of the roadway to the coast settlers arrived slowly from all around México. The quaint town of Puerto Morelos began its life with the exportation of products the local population extracted and from the forests, including mahogany, chicle, vanilla, tobacco, cedar and cork.

This ended in 1923 when the demand for mahogany dropped off. The small city survived well with the maritime terminal of Puerto Morelos. During the 70’s hardwoods such as chechén (Metopium browne) were extracted and sold to the government to be used in the construction of the railroad.

In the late 1960’s the town was struck by Hurricane Beulah, creating the inclined lighthouse symbol that is used to represent Puerto Morelos today.

Until 2002 Puerto Morelos was used as a ferry port to Cozumel, then the Calica port was opened which is south of Playa del Carmen, and offers a much faster trip to Cozumel.

Puerto Morelos is rich with small shops, restaurants and plenty of new developments. The current population is under 15,000 people with a steady influx of curious tourists. Puerto Morelos offers beautiful untouched beaches with a small town atmosphere. Puerto Morelos is a great location to relax during your Caribbean holiday or to build a new Vacation home. 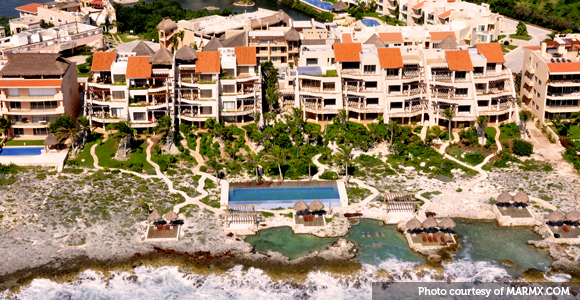 Puerto Aventuras is a sophisticated, easygoing, secure gated community with a magical blend of lush tropical beauty, located on the Puerto Aventuras Marina. The area is growing steadily with a constant migration of tourists in search of the perfect blend of México and the United States. Puerto Aventuras has full services and resources which include a golf course, private schools, and extensive shopping areas. The city is structured around the main center with Dolphin Discovery just an arm’s length away. 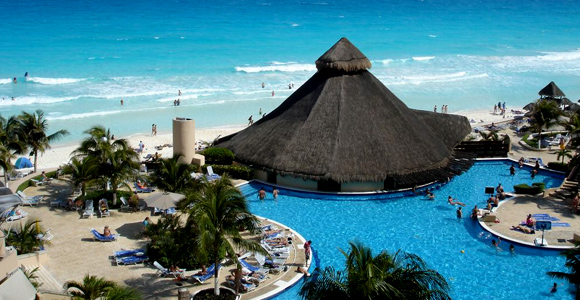 México’s President Echeverria’s tourism program, initiated the growth of Cancún in 1960. The Cancún project included the construction of a tourist zone, a Residential area and the Airport. By the 1970’s the first two hotels were completed, they were the Palacio Maya and Club Med. Both built great reputations in the area.

Located on the Yucatán Peninsula, Cancún is well known for its underground river systems, Cenote’s and the Gran Arrecife Maya, which is the second largest reef in the world.

From 1989 to date, Cancún has been the country’s most dynamic city. It contributes a large percentage of México’s tourism-related revenue and accounts for much of Quintana Roo’s gross domestic product. There are currently more than 600,000 inhabitants in the area. Cancún has become the nation’s largest tourism resort and is the most prosperous city in the Yucatán Peninsula. It is also the Caribbean’s premier destination, surpassing even the Bahamas and Puerto Rico.